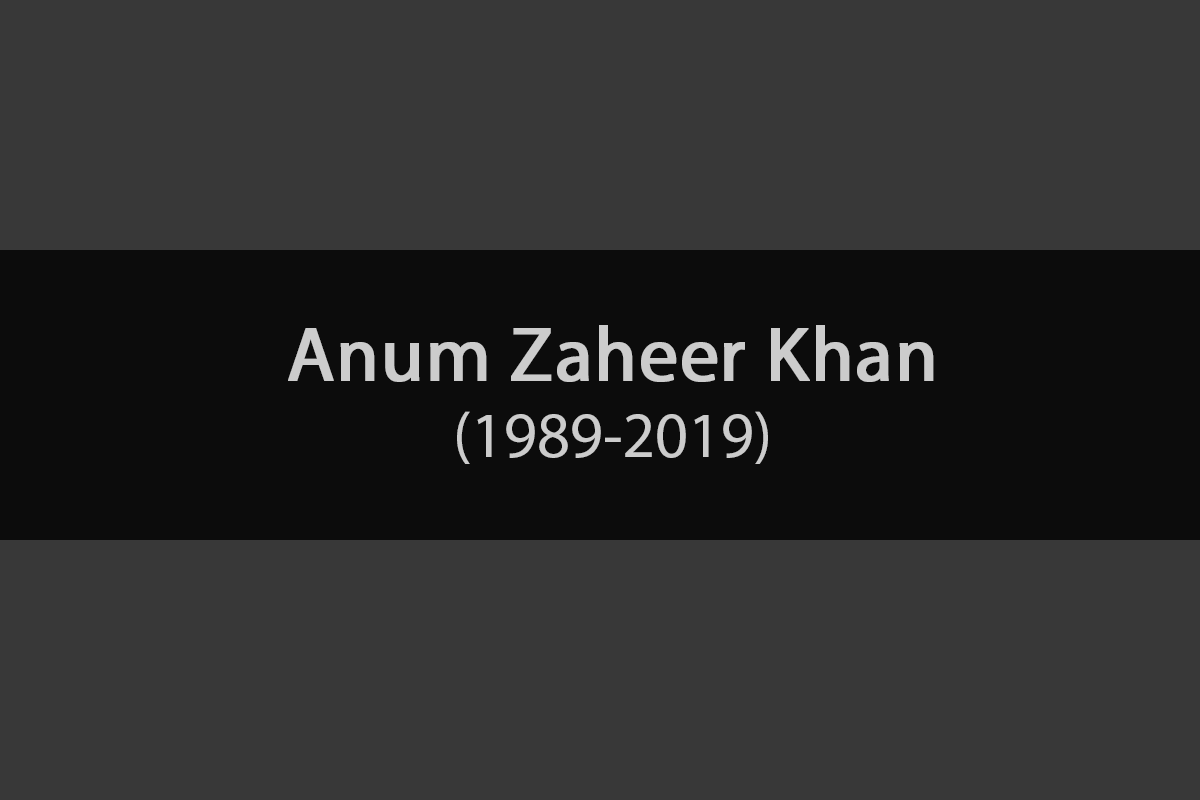 The entire team of Centangle Interactive announces with great sadness the demise of Anum Zaheer Khan, Centangle Interactive’s Creative Art Director. She passed away on 31 August 2019, at the age of 30. Anum had a brief battle with anemia. She was being taken to the hospital by her parents at around 12:30 PM when she passed away. The cause of death was declared a heart failure.

Before joining Centangle Interactive in January 2019, Anum had worked with companies like NetByz Solutions, Kophes, Stack Junction and Graana.com. She also worked for a number of startups on freelance projects.

She was a Tesla and SpaceX fan and often blogged about cryptocurrencies and blockchain on her Medium blog. She was fond of reading books. Anum was also an active social media activist. She spoke about various social issues on her Twitter profile.

Anum was also the founder of Minni Monster and its subsidiaries Foodie Monster and Beauty Monster.

Anum was one of the best resources of Centangle Interactive. She also led the content production at Centangle’s subsidiary Diran Productions. She has been a great employee of the company and helped take the company to new heights in terms of creativity and design.

We are deeply saddened on her loss and extend our sympathies to her family.

Her funeral took place in her native town of Dudial, Chakwal. She was laid to rest next to her sister who passed away in 2010 at the age of 12.

We pray her soul finds peace in eternity.